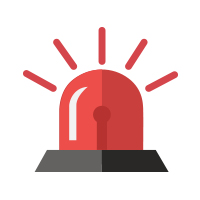 A couple of issues:

Sometimes during the night shift, the music plays so low that it can barely be heard. I first noticed this bug after event music (such as patient collapse) was added to the game.

A few sound files are not used. For example, for MRI/CT and ambulance arrivals there are additional sound files that aren't played (ambulance has two siren types, but only one is ever heard in game.)

While these are relatively minor and nowhere near game breaking, they should be fixed when time permits.

Re: [OPEN LOW] Issues with Music/Sounds

Hi, hopefully good news, the volume issue should be fixed in the next patch (the whole mix will be significantly louder).

And yes, some more work on audio is planned, not only the extra sounds but also for example some specific room ambience etc. - unfortunately it always seems that bug fixes and other features take priority.