The game is beautiful! It would be nice to add oncology, pediatrics and obstetrics, what do you think? 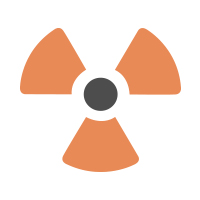 The general idea is great. However, I might see some problems here.
First of all, I like the magnitude of realism the game offers and yes, I think oncology should belong into a hospital game that is so close to the real thing. Now my concerns.
Having lost close relatives to cancer I see the danger of people playing the game being unkindly reminded of the loss of loved ones. Let us face it: cancer is worse than plague. Even if getting surgery in time there is no guarantee it will come back and you might die of it anyways. And if played realistic, cancer patients in the game might collapse or do not survive surgery more often than 'normal' patients. Same is even more true with children. Even if I know and you know, this is only a simulation...how would you cope with a collapsing and/or dying child in the game - even if only simulated? How would an underage playing this game react? So this is where I question pediatrics.

Pediatrics would be great if there were only non-lethal diseases for those patients and they cannot collapse because of aforementioned reasons. There are some child-typical illnesses and the children might want their own playroom to avoid getting bored and other patients to avoid getting annoyed by crying children. There might be the need for special restrooms to be able to change diapers. The patients might not come only to have a disease cured but also for getting vaccinated or getting routine check-ups while they grow up. Here in Germany we have the U0 - U7 check-ups where the doctors rate the development of the child in terms of growth, motorics, speech and whatnot. A Pediatrics doctor might have a different room with toys for the children to comfort them a bit. If done that way and we are not talking of having dead children on the floors or babies with tragic diseases I guess we are fine. I think this is the same reason why HIV does not show up in the list of diseases. The real world is grim and we cannot put everything into a game.

Conclusion:
Pediatrics are a great thing but will only work within certain borders to keep the game outside of PEGI 16 or 18
Oncology is great as well but in that case I would rather see to have it optional so basically you might disable it at the start of the game. It might give your radiology extra jobs like irradiation therapies and your labs extra jobs for tissue analysis.

I would add the following departments:
Odontology and
Ophthalmologists, as their offices might differ greatly from the others.
Hospital Pharmacy
Psychiatry

P.S.: The devs wrote in another thread that they do not plan oncology because they want one-shot cases and as I told as well, cancer is not everybody's cup of tea.

I don't think an underage could play this game due to all the micromanagements and mechanics though...

Well...I work with underagers. You would not know what they are able to do and understand if they are really interested. At 13+ you could do some awesome stuff. Do not underestimate them. And for those, this game could even be educational.

So you want this game to be educational, but in the meantime without too much realism?
Your main concern is that I quote, "how would you cope with a collapsing and/or dying child in the game - even if only simulated? How would an underage playing this game react?", but in the meantime you expect teenagers to learn from this game? If they would react negatively toward this game then they probably just aren't suitable for medicine then.

Nope...there you get me wrong. You can be educational without traumatizing someone. You see either black or white. And yes, as underager you are in fact unsuitable for 100% medicine. You are ready to learn some aspects but not the full package.  Why do you think you cannot work at a hospital or become a doctor or study medicine while being under a certain age?
The game can help kids and adults understand how a hospital works and learn a bit about diseases and how they are treated.
You can actually show people how for example firefighters extinguish fires without the need to show corpses of suffocated or burnt to crisp persons. You can show what the police's work is without showing persons getting shot if lethal force is used as last resort. You can show medicine without showing the extremest forms of death and trauma. You can teach sex ED without teaching the Kamasutra in the same breath. I do not get why people always only see black or white...
I see the possibility of actually recommending the game to minors just because it shows in an interesting way how diseases are dealt with. We do not need PEGI 18+ content in this game to keep it interesting. At least not in the vanilla game.

You're probably right, but anyway, I do not think this game should be bound by such ideals. Again,  this is just a game, and I don't care about how educational this game could be. I only care about how real and fun this game is. I like op's idea, but now because some guy wants to introduce this game to teenagers, the game is suddenly under loads of restrictions? Hell no.

Message reputation : 100% (1 vote)
Good afternoon to everyone, yes, I fully support the idea with the addition of the Department of Obstetrics and Gynecology, and Pediatrics and have been waiting for DLC for a long time! it would be great to open a hospital where they give birth (maternity hospital). We are waiting for new updates, Developers are great fellows!

I support this too! People can be/are traumatized by different things, some by seeing a lot of blood (patients are already bleeding a lot in this game anyway). Underaged play games where they kill each other and other gruesome things that are far worse than this. You already have an option for patients dying or not. Just add an option making it possible to disable these departments from the game before starting a new hospital if they are a sensitive spot to them.

Not all people that have seen much are traumatized by what they have seen or experienced.