How to proceed during diagnosis

How to proceed during diagnosis

I have a doubt on how to proceed diagnosis. There's a patient who, after anamnesis, presented some symptoms, and two of these were average, leg injury and pain (see screenshot). Should I treat these symptoms before continuing with the diagnosis? Also, can the symptoms progress to something more serious if left untreated? 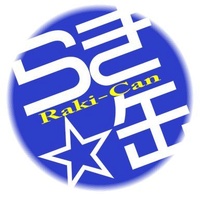 Patients with these simple fractures or contusions do not have the dangerous symptoms that lead to unconsciousness.
She should have a leg radiograph as soon as possible to identify a clear final diagnosis.
Then, if you still have hidden symptoms, you may want to do a physical examination.
In the game, it is not necessary to deal completely with all the symptoms, and if the main treatment corresponding to the diagnosis name is completed, the treatment will be considered successful. (However, you have to deal with serious symptoms that lead to unconsciousness)

In my experience, patients with "serious fractures" (such as open fractures) who have symptoms that require immediate attention appear to be limited to those who are transported by ambulance.
In addition, all serious symptoms of patients with "serious fractures", such as open fractures, are known upon arrival.
You don't have to consider the risk of life for a fractured patient coming to the outpatient office.
After doing a physical examination, you should see a candidate for a diagnosis, have an X-ray examination of the part that corresponds to the suspected fracture, and perform the treatment you think is necessary after the diagnosis is confirmed.

It makes sense. But if I only treat a patient main problem and he has others symptoms, like pain and fever, and I send him home, these others untreated symptoms wont hurt my reputation?

Yes, I explained only the minimum requirements to send a patient home.
Both the in-game AI doctor, and the real-life doctor, will properly handle the accompanying symptoms. No doctor ignores all of the attendant symptoms. (For example, a doctor who does not give analgesics to patients with fractures but only casts? No way!)
(However, not all AI doctors respond to more than just the main symptom for all illnesses. For example, some doctors may prescribe antihistamines only to patients with hay fever.)

If there are a lot of neglected symptoms, they are likely to have a negative impact on reputation, but I've never really experienced a reputational decline that's apparently caused.
I leave AI doctors to all but some of the critically ill patients. So basically, that's enough.
Let's secure a basic medical care system as follows.
-----------
If you keep all patients under control, you can try to get all the tests done until all the hidden symptoms are gone and try to control the various symptoms. But it's terrible hard work!

Therefore, we usually leave it to the AI ​​doctor. They will give appropriate prescriptions and recommendations for some of the symptoms that are currently present.
It's also always possible for you to interrupt and add some of the treatments that AI doctors don't care about and leave.
(For example, vitamin deficiency found in blood tests seems to be relatively neglected.)

Personally, after introducing Doctor Mode DLC, ICU is set to be automatically in charge of you with the button on the management screen of the department,
In addition, we recommend that all TC doctors become doctor mode managing doctors.
Most outpatients can be fully diagnosed and treated only by AI doctors.
However, you need to promptly instruct patients who are in a serious condition at the time of coming to the hospital or whose condition has deteriorated significantly to control serious symptoms, and there is a possibility of sudden changes. You have to look carefully.
The above settings are a good way to reliably monitor such patients.