Game will crash randomly. Most times after 30 minutes or so of playing, sometimes within a few minutes of loading in. I have tried reinstalling the game but still happening.

Hi, thanks for the message and letting us know about the issue.

Hard crashes are pretty rare in Project Hospital, but from the few we've seen they were mostly related to hardware requirements (definitely not your case

) or the graphics subsystem - I'd definitely recommend upgrading your graphics drivers first just in case.

The log doesn't unfortunately give us any extra info, but it mentions a crash report - could you please check if you have any files in the following folder and if so, attach them so we can have a look as well?
C:/Users/David/AppData/Local/Temp/Oxymoron Games/Project Hospital/Crashes

I've uploaded the latest crash file. I also did a clean install of the latest graphics driver but I still get crashes.

Hi, thanks for the update!

Looking at the crash report, it indicates a problem somewhere deeper within the Unity engine, although not necessarily related to graphics.
One thing worth trying as the issue seems to be pretty random is to switch to a version of the game built with a slightly different version of Unity, which we have available on a separate branch accessible in the game properties on Steam. Its purpose was to get around some issues with fonts in certain languages, but it could help here as well: 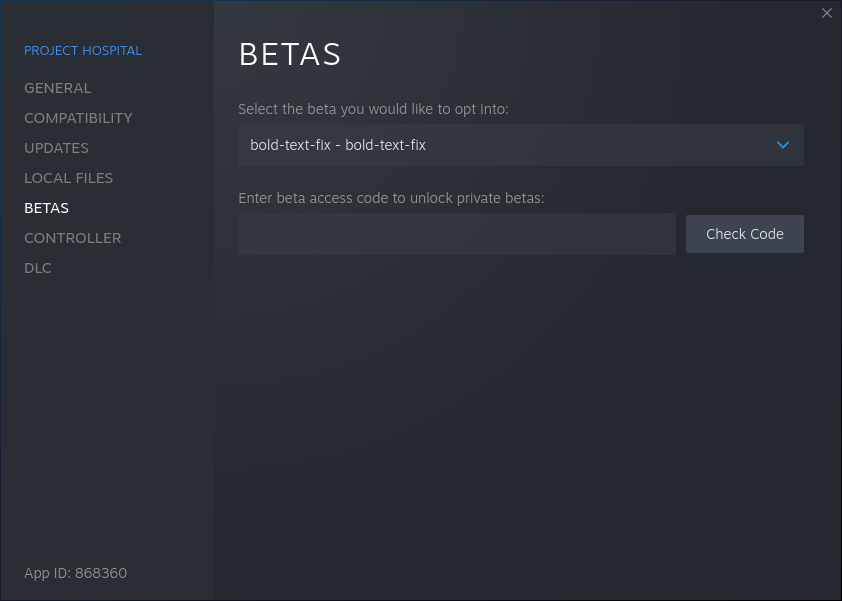 And one more thing to try, although we've only seen this once as far as I can remember: I can see you have an unlocked CPU, so in case you're overclocking, could you try to run the game at stock CPU speeds for a bit? As the game is pretty CPU intensive, it could be triggering some random errors even on an otherwise stable overclock.

So, I have switched to the recommended build above. After 3 playthroughs I haven't had a single crash. All playthroughs were roughly 2-3 hours with no issues at all. I have not changed my overclock settings so I'm currently overclocked. Seems to have fixed the issue.

Hi, thanks for the update, happy to hear this worked (and maybe this thread could help somebody else in the future).