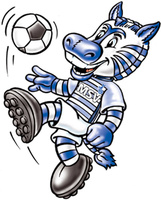 Maybe someone can help me here, because I just don't understand it:
Unfortunately, while I'm playing, I often come across wrong translations. Or words that are too long and that should be separated by a hyphen. Now that I've downloaded the German text files, I'm also working on correcting the German texts, and I've already done quite a bit.
But now my problem: I already noticed the day before yesterday that the text in the xml files often does not match the text in the game. Text passages corrected by me are present in the game, but no longer in the xml files, where the original version is contained. And today it is even the case that texts corrected by me are not included in the game (which worked last night). For example, I have several diagnoses, which I have broken down into individual word parts using a hyphen, so that they fit on one line of text each. All these changes from last night are also displayed in the game. But if I now take the same action for further diagnoses, nothing happens in the game. And as already said, the changes I made last night are present in the game, but the xml file for the diagnoses contains the old texts again.
I don't understand how this works. Is there any other switch I need to flip?